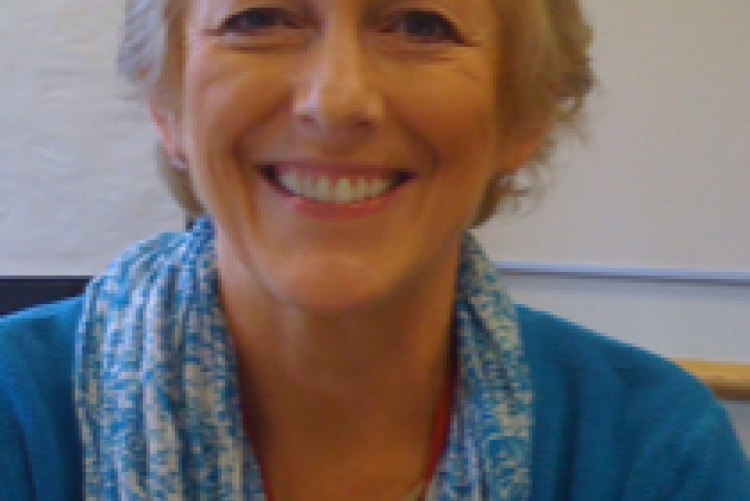 It is with sadness that we write that Helen Brown, longtime member of the Society for Music Theory (SMT), and one of the pioneering women in the field, passed away on April 12th, 2020. She died as a result of complications from a stroke suffered in 2012 that was followed by long-term care. 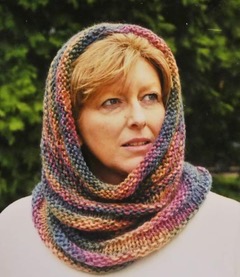 Helen was born in 1947 in Sydney, Australia, and grew up in Spring Lake, Michigan. She attended The University of Michigan School of Music (BM’69; MM’70) and taught at Muskegon Community College, Clarion State College, and University of Toledo before beginning her doctoral studies at The Ohio State University with David Butler and Burdette Green. After finishing her PhD, she taught music theory at Purdue University for twenty-six years from 1986 to 2012, becoming Associate Professor of Music in the Division of Music in the Department of Visual and Performing Arts. Many of Professor Brown’s students were not traditional music majors, but engineers, scientists, and liberal arts students. They found in her a rare blend of keen assessment and critique and genuine kindness and concern for their welfare.

Helen Brown was also well known through a series of articles co-authored with David Butler, most notably “Diatonic trichords as minimal tonal cue-cells,” (In Theory Only, 1981); “Tonal structure versus function: Studies of the recognition of harmonic motion (Music Perception, 1984); “Describing the mental representation of tonality in music” (in the OUP volume Musical perceptions, 1994); and “Musical and temporal influences on key discovery,” (Music Perception, 1994 with M.R. Jones).

This work led and represented a sea-change in our approaches to tonality perception in two important ways. First, while we have abstracted knowledge of structure and distribution of the intervals/interval classes in a diatonic set, some intervals—most notably the “rare” intervals of the minor second and tritone convey more information than others, and hence they are more salient cues for the listener’s tonal orientation. Second, and importantly, they showed that it is not simply the set of pitches, but the order in which they are played that is critical for one’s grasp of a tonal center. Moreover, they provided some of the first empirical documentation of these ideas.  By incorporating our temporal experience of melodic and harmonic patterns, their work offered a corrective to approaches to tonality focused on the total intervallic properties of diatonic sets and subsets. In addition, their work represented some of the first empirical studies of music perception conducted by music theorists in North America, placing them at the vanguard of a now flourishing subdiscipline of music theory.

Dr. Brown played a pivotal role in advancing the presence and relevance of music cognition in SMT as one of the founding members of the Music Cognition Special Interest Group, the first special interest group of the society.  She also played a leadership role in the Committee on the Status of Women, serving as chair in the late 1990s, and was active in Music Theory Midwest (President 1996), the International Conference on Music Perception and Cognition, and The College Music Society. In addition to conferences in the United States, she presented her research in Canada, Australia, Belgium, Holland, England, Poland, Yugoslavia, and Austria. She also served as a reader for the Music Theory Advanced Placement exams and was appointed in 2007 as one of two Senior Reviewers to certify college credit for every AP music theory class taught in American high schools.

Helen received a grant from the Black Metropolis Research Consortium in African-American Studies.to continue her research on Margaret Bonds’s art songs set to the poetry of Harlem Renaissance poet Langston Hughes (summer 2009). Though Helen never published this work on Bonds’s artistic collaborations with Langston Hughes, she began to pursue a new area of musical study focused on the contributions and the artistry of black women composers in the twentieth-century.

Her colleagues remember fondly how at conferences Helen would ask a small but sharp question at a paper session, and you’d realize that you needed to go back and re-do your statistical analysis, or re-think your music analysis. She gave support and encouragement to her younger colleagues, most especially those in music cognition, when it was still a new and strange domain within SMT. She was irreverent and funny, but completely serious about the importance of our research.  Every thing Helen did was done with élan and joie de vivre. Her presence, always focused and vibrant, was coupled with openness to a wide range of intellectual perspectives and pursuits (she was passionate about sailing) and her desire to get a bit of fun out of life. She was a marvelous colleague, and a model for us all.

Helen is survived by her sister, Melissa C. Brown, a practicing attorney in Holland, Michigan, brother-in-law, Edward J. Baum, and nephew, Iain D. and Danielle Pedden (children, Grace, Jackson, and Josephine Pedden). A family gathering is planned for a later date. Condolences may be sent to melissacbrown1@gmail.com.